2021-01-31
By: Neil Staker
In: Communication, connection, difficult conversations
With: 0 Comments

UNDERSTANDING THE POWER OF APOLOGIZING

My challenge was sincerity.  I knew that she wanted, hoped for, and maybe even expected me to say “I love you,” but I just couldn’t write the words.  Until then I didn’t need to decide if I loved her—just if I wanted to go out again.  The blank card staring up at me forced the issue.  The moment called for something that I didn’t have.  I ended up breaking up with her that Valentine’s Day.  Not because I didn’t care or because I was a jerk (she might debate that), but because in that crucial moment, I either had to fake it or tell the truth.

Twenty-six years have passed and I’ve spent most of those happily married.  I’ve learned the three most important words in a relationship might be “I love you,” but “I am sorry” are a close second.

People aren’t perfect and sometimes we do and say things that are thoughtless, insensitive, or selfish.  Communication can’t continue when respect has been damaged.  If I interrupt you and question your intelligence, the conversation is no longer about which vendor to use or how to solve a budget dilemma, it’s about respect.  We may continue to talk about vendors or budgets, but like dueling enemies, the topic is just the selected weapon of the engagement.  Today it’s pistols at 20 paces, next time it might be sabers.

I once saw this dynamic with a group of engineers on an important project.  One engineer was brilliant and belittled the ideas of others.  His ideas were clearly the best, but the other engineers tore them down.  On the surface it appeared to be a two-hour problem-solving session.  In reality, it was a you-can’t-treat-us-that-way-because-we’re-smart-too-and-can-crush-you session.

When we’ve pushed too hard or been a little too thoughtless, the right solution is to apologize.  When done well, it repairs respect and gets communication back on track.  So, what makes an apology effective?  Let me share the well-known answer with a quote from Jean Giraudoux.

“The secret of acting is sincerity. If you can fake that, you’ve got it made.”

Let me add to the idea of sincerity by sharing a few things I see that reveal a corrupt motive for apologizing.

These counterfeits of sincerity translate to “It’s not my fault, it’s your fault and I really don’t care about you.”  Next time you undermine respect, remember that expressions of remorse, like love, are best when we combine sincerity with three simple words.

Neil Staker is the president and founder of Collaborant. He has a Masters of Organizational Behavior degree from BYU and a quarter of a century of experience in organizational development. Neil is known for his clear, approachable, and interactive speaking style. He has taught communication skills to thousands of people including leaders from American Express, Symantec, Cerner, UMB Financial, and Monsanto.

“I am sorry” can sometimes be the most important three words you say. In this blog with Neil Staker he explains the power of apologizing. 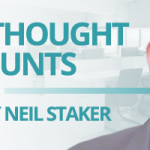 Too often we think that everyone wants what we do. Neil Staker shares a holiday story that illustrates why this can be a bad assumption.

Accountability is hard under the best of circumstances, but what happens when everything is virtual? John Lankford gives some ideas for keeping accountability in the virtual organization. 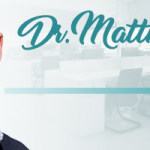 RETHINKING LEADERSHIP: 7 INSIGHTS TO HELP GET YOU THERE

These seven ideas can help leaders challenge their own assumptions and better navigate the changes that occurring in their organizations today.