13 A’S TO AX: WHAT WOMEN NEED TO UNLEARN

The 13 A’s to Ax are critical behaviors that impact women’s leadership style. Before a woman can forge a path to leadership, she must conquer these internal roadblocks. The thirteen behaviors are struggles women experience with their attitude and expression of them; that is, their comfort level and familiarity is problematic and does not serve them well as leaders.

For example, one of the A’s is affability. Women not only compulsively smile more than men, but they smile at the wrong time, which can jeopardize their credibility by sending mixed messages—a contradiction between verbal and nonverbal messages. People don’t know which one to believe. Often a woman will smile when she is making a serious point or engaged in conflict as if to mitigate the situation, to soften the blow. So, I am not saying women should stop smiling altogether, but they need to consider the context and the message. We all like to work with happy people, but we are confused by contradictory messages.

Another example is approval and affiliation. We are social animals and have a hard-wired need for approval and inclusion in the group. For women, it is paramount that they are liked; men often gauge their prowess by not necessarily always being liked and approved of by others—sometimes a “macho” factor. This is best represented by a remark I heard a middle manager make: “Somebody has to do the dirty work and call out this bad solution and if it means I am not going to be liked, so be it.” Women face the task of monitoring what they sacrifice: their opinions and ideas for the sake of approval.

Approval and affiliation can bring down a teen girl and a senior executive equally.  Friendships are important to women, and they learn young the prerequisite of liking other children in order to play with them; fast forward to a managerial level: Women feel an immense loyalty to their colleagues. It is common for women to refuse to transfer to another department because of the bond they have with existing peers.

In a recent consolidation of research on women in the workplace for the last three decades, Gallop produced a report, Women: Work and Life Well-Lived. The report identifies the “friendship factor.” For women, work not only provides a steady paycheck but also a sense of purpose and an important social outlet; sixty-six percent of women say the social aspect of a job is a “major reason” why they work. Because a woman has a deep sense of affiliation with her team members, it benefits the organization, as well. In other words, her ability to form strong relationships relates to better business outcomes, including profitability, safety, and most importantly, customers’ emotional connection and loyalty to the business. One of the most important realizations women have to learn is how to maintain the positive qualities and attributes of affiliation without compromising their ability to express a conflicting opinion.

There are new rules and realities for leadership in the workplace. Men and women are not the same and have different approaches to how they lead. In order for women to share their work lives as equals, they must learn to tackle simple behaviors governed by internal thought patterns. A woman cannot always control the external environment, what people think or organizational constraints, but she does have control over her internal attitudes and predispositions; she can change the way she thinks and then the way she behaves.

There are many lessons girls have learned from playing cooperatively rather than forming hierarchical groups. Girls generally prefer a flat organization and the premium is on getting along with others and learning how to smooth things over and negotiate to save and preserve relationships. Girls will typically choose reciprocity and intimacy in playing games. These lessons have served women well in developing interpersonal competence, emotional intelligence, enhanced social skills, and the ability to sustain relationships. However, the paradox of interpersonal skill and acquiescence is a tightrope women must walk. It functions as a part of the micro-political structure that undergirds the larger political structure of the workplace. For the larger political context to exist and carry on, there are many actions and interactions that take place during the workday to support it and maintain it.

The 13 A’s to Ax are interrelated issues women have with behaviors that serve to perpetuate the disparities in men and women’s attitudes toward leadership and the willingness of others to follow women. When a woman pursues leadership, whether it is an entry-level leadership position or if she is already in a mid-level management or director position, she becomes frustrated, bewildered, and confused. She begins to mistrust her judgment. She is experiencing a backlash to her leadership style.

Finally, these 13 A’s serve to maintain and convey signals of compliance, control, and dependence that influence us and those around us. Conquering the challenges a woman has with The 13 A’s to Ax will enable her to not only join the ranks of male leadership, but to also surpass it. 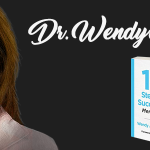 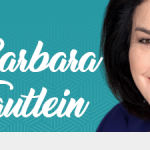